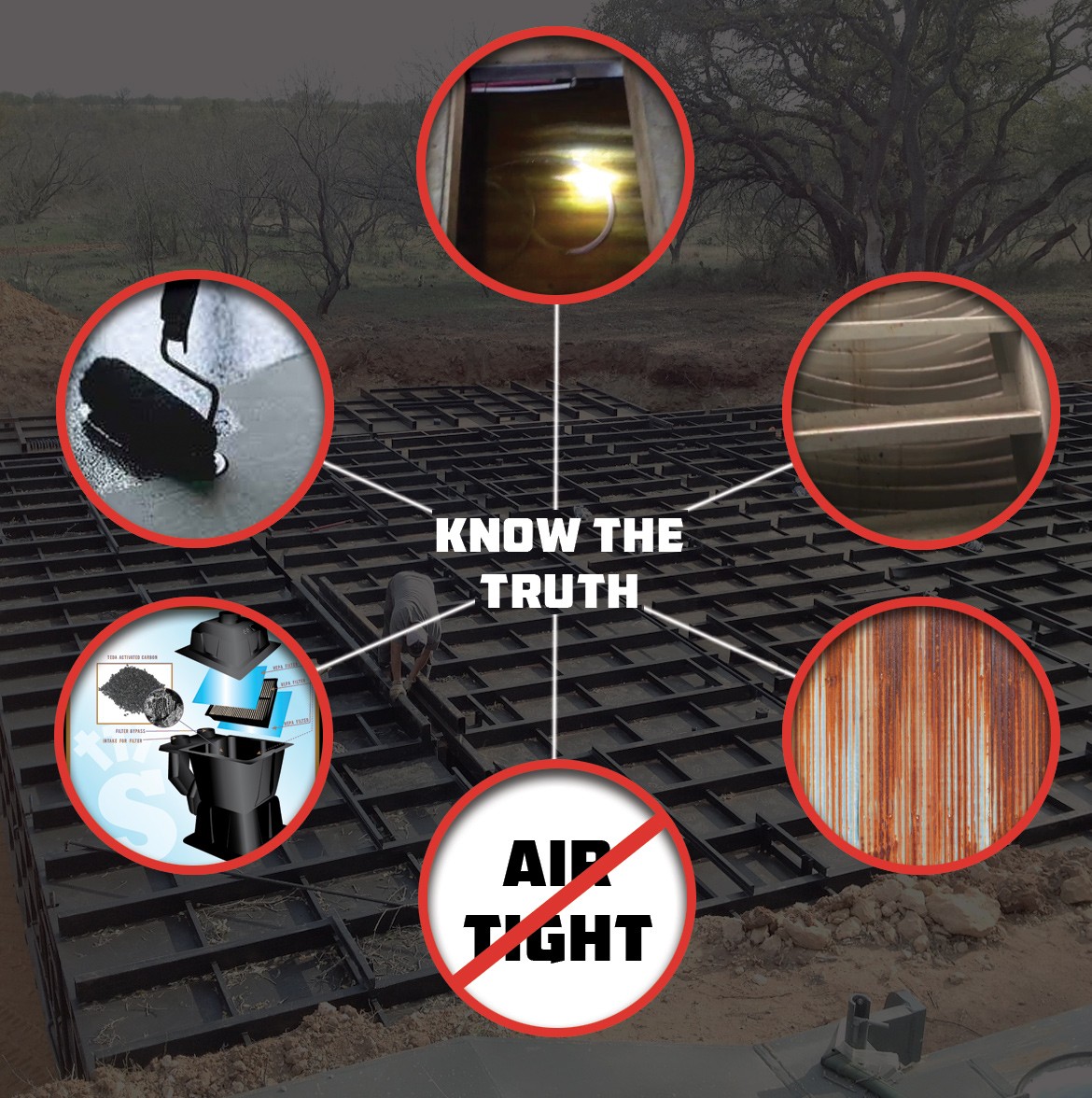 We've noticed a large amount of half truths out there on the web so we are here to set the record straight and let you know the facts behind buying a bomb shelter or bunker. By using facts and citing other resources we hope that you can make an easy and clear decision on who to go with on your very important bunker or bomb shelter purchase.

Brand X uses wood all throughout their “Bomb Shelter". Wood is very porous and over time can grow bacteria as well as mold which is not healthy for you. Some mold can even be deadly to you. Rising S Company uses all steel throughout the entire structure which will not mold or grow bacteria over time. 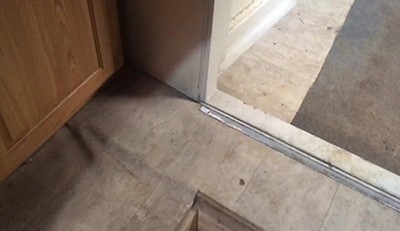 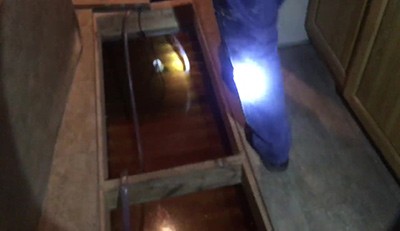 Under the floor storage

Under the floor storage can only be used to hold a few items due to it's curved nature. It also the first place to flood in case of a non water tight environment. Rising S company offers steel shelving and cabinetry as well as under bed storage for all the items you will need in your bomb shelter.

Don't get locked into your shelter!

Rising S Company is the only manufacturer that provides a ground level hatch door. In other bunkers you can get locked into the actual bunker with no way out. With a Rising S Bunker We have a lock in override. The interior handle is the override and there is no way to be locked into a Rising S Bunker.

Don't buy a shelter from a wishy washy manufacturer

For years competitors have slammed the rectangular design of our shelters while stating that they were not sufficient for bomb shelters. That manufacturer is now building rectangular design. Buy from Rising S Company, an obvious leader in the industry where the competition is obviously just a follower.

They claim that they provide an airtight environment.

We can also provide an airtight environment but our airtight environment comes with an Oxygen Scrubber System and a way to replenish the Oxygen otherwise you will die quickly. This is a costly process so using an an NBC Air Filtration System and creating an over-pressure environment is not only more economical it is the process used in medical laboratories throughout the world.

They claim a mud room is needed.

Our claim is that a mud room is only needed if you plan to go in and out of your bunker once the air outside has become contaminated. While this “standard" option may make you feel better you are actually giving up precious floorspace for something you will more than likely not need. However if you feel the need for this then Rising S can accommodate that request.

Their claim is that a plastic housing is not good enough for an NBC System while using a system that must be returned to the manufacturer in Israel to be serviced. The hand crank is needed because this particular system runs off of traditional electricity which will not be stable even while using a generator.

NASA seems to disagree ( https://science.nasa.gov/science-news/science-at-nasa/2005/25aug_plasticspaceships ) Our system is also very simple and can be serviced without any added risk by yourself as the end user. We utilize a tested fan that runs on DC power off of the main battery bank. A manual crank is still an option even though our fans have extensive testing without failure in over 10,000 hours of continuous use.

They claim that an "L" angle is needed to stop gamma radiation.

NASA again disagrees. Anything 30* or steeper will allow gamma rays ( the most dangerous of all radiation) to have a clear pathway to the target (bottom of your stairs). Our staircase is 39* which is obviously beyond that point.

They claim that a C Channel exterior is sufficient

We have an engineered design and the C channel alone is not sufficient. There are many things wrong with C Channel alone such as wall beam deflection. The competition has obviously failed to have the product designed by an engineer.

They claim "Under Floor Storage"

We claim that “Under Floor Storage" is just another way in saying “hard to get to storage. It also shows that the interior of the competitions shelter is built from wood materials that are prone to rot, hold bacterial spores and is very prone to fire. Wood is a VERY CHEAP and INEXPENSIVE way to build the interior of a shelter. It will not last.

They claim 3 Bullet Proof Doors in their shelters.

We claim to only need one of our Bullet Proof Doors to stop bullets.

We say there is no such thing as gas tight or bullet proof in a shelter built with a wooden interior.